We need Affordable Housing and 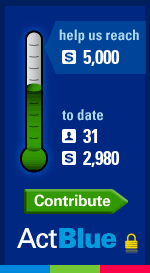 The 8th District, like America, is in crisis: danger + opportunity.    Costs are rising, wages are flat, democracy is under attack.  We need to fight for Peoples' Democracy, majority rule and community control, to unite the many and defeat the few.  Where South Central goes, the nation will follow!

Downtown development, USC expansion and the soccer stadium on one end, Inglewood football stadium, LAX and a planned Clippers arena on the other, with Destination Crenshaw slicing through, anchored by the coming "high end!" Baldwin Hills Crenshaw Plaza, what will happen to the great 8th district's working class residents?  Who is the clientele for "Destination Crenshaw?"  Our long neglected South Central home is now prime real estate for displacement and development.  Are we to be pushed out of our city?  What will the Olympics leave for our community?

Workers and our families and neighbors are being squeezed by the profit agenda of massive developers, banks and corporations, and their political agents.  We need a political party that speaks for workers, that we control, that will unite and organize us to fight for our own interests.  We are in this campaign to build a Workers' Party on the basis of Peoples' Democracy.

This is a Peoples' Campaign for residents of CD8, of greater Los Angeles, and for all progressive and democratic forces to join on the front lines of struggle.

20 year commemoration of the

Join the Peoples’ Campaign!  Leave your contact info for follow-up.

20% minimum low income housing in all CD8 developments.  No displacement/loss of affordable housing!

Community Control Over the Police.

Ban on LAPD cooperation with ICE in city jails without a federal warrant or in joint operations.

Community Control Over the Police!

Amend the city charter to enact an all-elected, all-civilian, police control board with full authority over the department.

20% minimum low income housing in all develop-ments.  No displace-ment / loss of affordable housing!

Amend the city charter to enact voting rights for all non-citizen residents in municipal elections.  Equality for immigrant workers!

Unite the many, defeat the few!

The masses of working and oppressed peoples in America have no organized political representation to lead our struggle and fight for our interests, to unite and organize us.  We must build a Party to provide political leadership to our struggles on the basis of Peoples’ Democracy, majority rule and community control over the institutions which affect our lives.

This Party must be built at the grassroots, from the ground up, openly and democratically.  It should center around local elections to win power where it can be had immediately, based on our organizational capacity in this time, place and condition.

Recognizing our current defensive position, this advancement must also recognize that, in elections in which there does not yet exist the organizational capacity to challenge for office e.g. for president, we must take every opportunity to isolate and defeat the principal enemy, to create the best available conditions in which to organize the democratic struggle.

Peoples’ Democracy must mean the establishment of actual, not merely formal, democracy based on the equality and self-determination of oppressed peoples.  On this basis, the majority of people and the working class can unite in political organization to fight for our common interest against our common enemy.

2018- Fight for Justice for Anthony Weber!

Marching for justice for Ezell Ford!

Maxine Waters at our conference

No justice, no peace!

Protest is not a strategy!  To solve the problems in our community, we must develop a program to win power.  The police can not police themselves and the existing LAPD police commission does not have subpoena power nor disciplinary authority.

After the 2005 LAPD killing of 13 year old Devin Brown, Cliff Smith founded the Coalition for Community Control Over the Police, recognizing that the only solution is democratic, community control through an all-elected, all-civilian, police control board with full authority over the department in all aspects at all levels.  The city council has the power to raise a ballot measure to amend the city charter for community control!

The LAPD police commission must be replaced

After each of the L.A. police killings of unarmed Ezell Ford, and 13 year old, unarmed Devin Brown, and 55 year old, 102 pound, homeless Margaret Mitchell, the LAPD’s police commission’s investigation concluded that the police use of force was “out of policy” and unjustified.  But the police commission can only recommend discipline to the department, which in each case, protected the officers and no disciplinary action followed.

The secret, internal LAPD “Board of Rights” is a facade of accountability

The community has been told that civilians on the Board of Rights will ensure accountability and justice.  The BoR operates secretly within the LAPD’s command structure and has no separation or independence from the department.  When officers ever face discipline, they may choose to appeal to the BoR, and they may also choose a civilian BoR rather than an officer BoR.  Either way, the BoR is internal to the police structure, secret and unaccountable.  Historically, civilians on BoR’s have imposed even less discipline than have officers on BoR’s.  The BoR discipline may not be exceeded even by the chief.

The city charter must be amended!

The LAPD police commission, Board of Rights and command structure are written into the city charter.  To establish democratic community control over the police, accountability and transparency, we must amend the city charter and establish an all-elected, all-civilian, police control board.